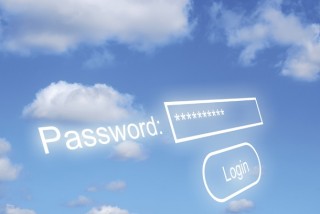 Cloud Computing is less discussed today as a breakthrough innovation in Internet and computer technologies as it entered the phase where it is involved in our everyday lives. At its core level, the cloud computing technology involves storing all the crucial data and proving services from a remote server of whose location the user is unaware of. Such a service is referred as a cloud. The cloud services are offered in three main categories: Software as a Service, Platform a Service and Infrastructure as a Service.

The great advantage this technology offered is that many enterprises were relieved from the burden of maintaining expensive computer hardware for carrying out their businesses. All these services can be purchased from a cloud service provider which simplifies their task to a great extent. The cloud systems evolved to such an extent that even software is provided as a service. Most of the processing and computations are carried out on the cloud servers.

Along with the benefits of this technology, a concern about the levels of securities that it can offer came to limelight. The security threats in this technology come under two main categories: threats faced by the cloud-providers and those faced by their customers.

The main reason for the vulnerability of a cloud service is said to extensive virtualization for deploying the cloud infrastructures. It modifies the relation between the hardware and the operating system – this alters the functionality of storage, networking and computing. Visualization acts as an additional layer here which is carried out by a virtualization software also called a “hypervisor”. Computer science experts argue that breaching the virtualization software in the administrator’s computer can result in the altering or theft of any data from a data centre. This theory is largely theoretical and no such threat occurred till now.

The architecture of a cloud system is perfect only when its defensive implementations are in place. There are many controls that can detect and counter and vulnerabilities in the system. They are as below.

Deterrent Controls – They are set to discourage or if possible prevent any intentional attack on the cloud system. They also act as a warning signal.

Preventative Controls – They find the weaknesses in the system and try to repair them to prevent an attack. During hacking attacks, they try to reduce the damage to the cloud.

Corrective Controls – They act only during the times of an attack for reducing the effect of the attack. They try to repair the system quickly.

Detective Controls – They continuously monitor the system to check if an attack is occurring. In case of an attack, they trigger warning signals so that corrective and preventive controls secure the system.

Due to the conception that the cloud has security issues, the concept of cloud security is incorporated right from the designing of the system. Till today, the cloud computing has been extremely successful in addressing the needs of the industry while meeting all security standards.

However, two things must be kept in mind while starting or availing a cloud service. The service provider must follow all security standards and policies to keep the customer’s data secure and the customer has to ensure that the cloud provider has the infrastructure to provide a secured service.

How Cloud Computing is Strong

As per recent updates, one of the best live example is:

A good service provider provides quick solution in case the network is down. When our firm faced an outage, we just called the sky phone number and they provided us with a quick resolution. It was then I understood how they earned their reputation in the market.

This article is written by Melody Cleo. She is a passionate blogger from Manchester, UK. In is free time, she writes articles on various topics such as technology, gadgets, travel…etc. As of now she is focusing on Sky Phone Number, which provides information regarding broadband services, radio services and television services.

She is a passionate blogger from Manchester, UK. In is free time, she writes articles on various topics such as technology, gadgets, travel...etc. As of now she is focusing on Sky Phone Number, which provides information regarding broadband services, radio services and television services.