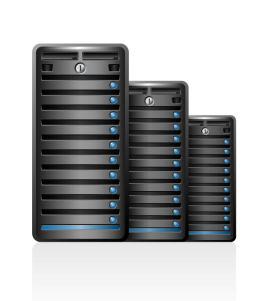 There’s a lot more to selecting a web host than unlimited bandwidth, unlimited space, and a low monthly cost. The hardware that powers the service is just as important as how many scripts are available, especially if you want to run a site that’s going to have a significant server load on your Web hosting account. When you’re a beginner and pondering the question, “What is website hosting?,” you have to start with the service itself.

Here are five hardware considerations to keep in mind when you’re making a web hosting selection:

The processor is one of the most important hardware considerations for your server. Unlike desktop computers, where you might also want a high-end GPU alongside a good processor, the server just needs the processor to power through server demand. The better the processor you have, and the higher number of cores you have, the more requests the server can handle without everything slowing down to a halt. If you’re looking at running a database-driven, high-traffic website, you want to get the best processor you can in your price range.

The server’s RAM also plays a part in keeping your server chugging along. The memory provides the resources needed for the processor to keep the data flowing. Servers usually have a lot more memory packed in them than desktop computers, so it’s pretty common to see 16 gigs-plus as a baseline for a server.

Most servers use hard disk drives, rather than solid state drives. HDDs have been around longer, so data centers have plenty on hand. They get up to approximately 10,000 RPM on the high-end side for speed, but that doesn’t compare to the read speed an SSD has. SSDs are not very efficient in small, sequential write processes, so it’s a toss-up as to which would work best in a particular situation. It mostly depends on exactly how you’re using the server, and how the scripts read and write to the hard drives.

You don’t get an entire server to yourself unless your Web hosting package is for a dedicated or co-located server. In every other case, you’re sharing physical hardware with another person. Shared servers are often loaded down with as many users as possible, resulting in hundreds or thousands of accounts on the same server. If enough of those accounts are running disruptive or load-heavy scripts, it’s going to make your own site slow. Virtual private servers are better, as the host limits the amount of users who work on a single server, and the virtualization software erects better boundaries among them all. The more users you have on a server, the less power you’re going to get out of it.

If a web host says its working in a distributed computing environment, it is using cloud hosting technology for your account. Cloud hosting uses multiple servers and utilizes the combined resources of all of this hardware in a common pool. It reduces points of failure by having fail-safes and redundancies in place that automatically shift computing and server resources over to different areas of physical hardware, if one server goes down. Cloud hosting environments are gaining in popularity, and usually provide more power for your money than a standard shared hosting, or even most VPS hosting. If you want the scalability and power of a dedicated server without having to shell out the money, cloud hosting is a good hardware selection.

Do you have hardware consideration tips in regards to web hosts? Share them in the comments.